The Happy Cat Hotel and Spa is excited to share the news about our growing family of franchise owners. The states of Georgia and Texas were the big winners in our expansion effort. The capital cities – Atlanta and Austin – are each soon to have some first-class facilities for feline daycare, boarding, and grooming.

That’s facilities – plural – because each of our new Happy Cat franchise owners decided to go with the multi-unit development agreements! That brings the total number of Happy Cat Hotel & Spas to nine locations. Hmmm…nine locations? And cats have nine lives? 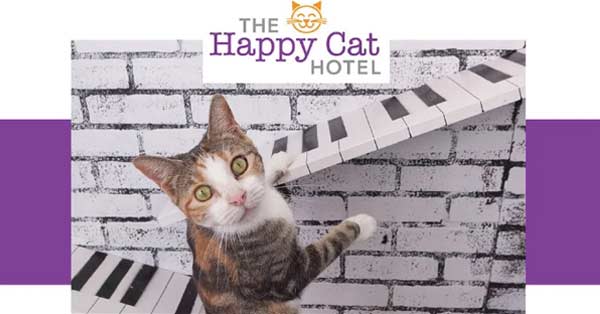 Cattin’ Around in the Lone Star State 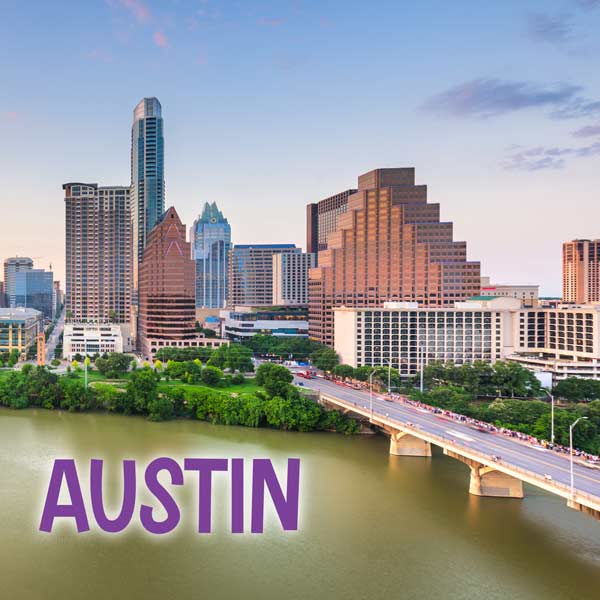 Bill and Sabrena Henson have signed their franchise agreement, which spells out a multi-unit deal for three locations in Austin, Texas. Not only is Austin the capital of Texas, but it’s also home to the University of Texas, featuring one of the largest enrollments of college students in the nation. Austin is known for its picturesque Hill Country scenery, especially where the Colorado River cuts through the bucolic Town Lake area of town.

The city has numerous outdoor recreation activities including hiking, biking, swimming, and boating. And with its unusually high number of bars, restaurants, and entertainment venues, Austin has been dubbed the “Live Music Capital of the World.” Boasting a population of more than one million residents, there should be plenty of opportunity for the three planned Happy Cat facilities.

Bill Henson is a manufacturing engineer technician by trade, and Sabrena has worked in human resources throughout her career. But these two are about to embark on a new chapter in their careers – owners of multiple Happy Cat Hotel & Spas! 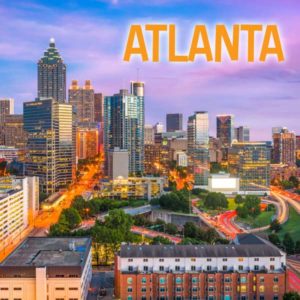 Susan Hamlin has just become the proud owner of a multi-unit Happy Cat franchise operation in Atlanta, Georgia. She’s got a location planned for three different Atlanta suburbs, including Duluth, Alpharetta, and Suwanee.

The Atlanta metro area is home to more than six million residents and has earned the title of the unofficial capital of the “New South.” Also referred to as “HOT-lanta,” this bustling city is a regional hub or commerce and industry.

Susan began her career in broadcasting, where she served as a local news anchor with two different network affiliates. She later transitioned into media buying and social media management. Her three-location Happy Cat empire will be the next exciting chapter in her career!

All of us at the corporate office of the Happy Cat Hotel & Spa are over the moon about these additions to our growing franchise family. But we’re not done just yet. While we can’t yet formally announce anything, we do have additional ownership deals in the works. But you’ll just have to tune in next month to find out where the new Happy Cat hotels will be located.

Both of our new franchise owners will be joining us in Alexandria, Virginia at the end of this month for our very first “unofficial” franchise retreat. We plan to take a lot of group photos, so be sure to check back in with us for next month’s Happy Cat blog. That’s all for now, but we insist that you stay in touch, please! You can follow and like us on Facebook, connect with us on LinkedIn, and follow our latest feline feed on Instagram.